The White Stag is a symbol that appears repeatedly across European culture. Easily recognisable by it’s pristine coat, the stag is arguably a depiction of beauty in its purest form.

In recent times, the White Stag has grown in prominence throughout popular culture, appearing in blockbuster films (Snow White and the Huntsman, The Hobbit: Desolation of Smaug), best seller books (Harry Potter, as a Patronus charm, the Chronicles of Narnia) and even in hit games such as The Elder Scrolls V: Skyrim.

So, what makes this particular animal such a popular figurine the past and present - and more importantly, what does it have to do with Arran Whisky? We share insight into the legend of the White Stag.

The Mythology Behind the White Stag

The myth of the White Stag pops up throughout countless cultures - from Celtic to even Hungarian mythology. Despite the broad spectrum of beliefs, the stag is consistently symbolic for a number of themes such as purity - with the unusual white coat symbolising an unwavering innocence.

The appearance of the stag is also synonymous with the delivery of a message or great change. In many tales, the appearance of such an otherworldly being is seen to be a sign from the beyond - and is considered equally as much of a good omen as bad.

A “quest” or chase after the stag is also a recurring theme in world mythology. A person giving chase to a stag, often results in a great spiritual discovery - a tale familiar to fans of Scottish folklore, in regards to the story of King David I of Scotland, and the Feast of Holyrood.

Looking to the far east, in Japanese mythology, a tale of two brothers hunting a white stag were said to split off in two directions - one going west, and the other east. The brother who turned east is said to have discovered Japan.

Killing a white stag carries a harsh warning across many cultures, and is said to bring terrible luck to whoever slays it.

The mythology of the white stag is endless, and the few tales illustrated above are only the tip of the iceberg. Like most myths, the body of the of the tales are rooted in truth.

White deer are in fact the result of an unusual genetic pattern called Leucism - a rare anomaly that reduces the pigment in an animal’s fur and skin. Deer with Leucism are often mistake for Albinos, however, the tell tale sign between the two is those with Albino traits will usually have red eyes. 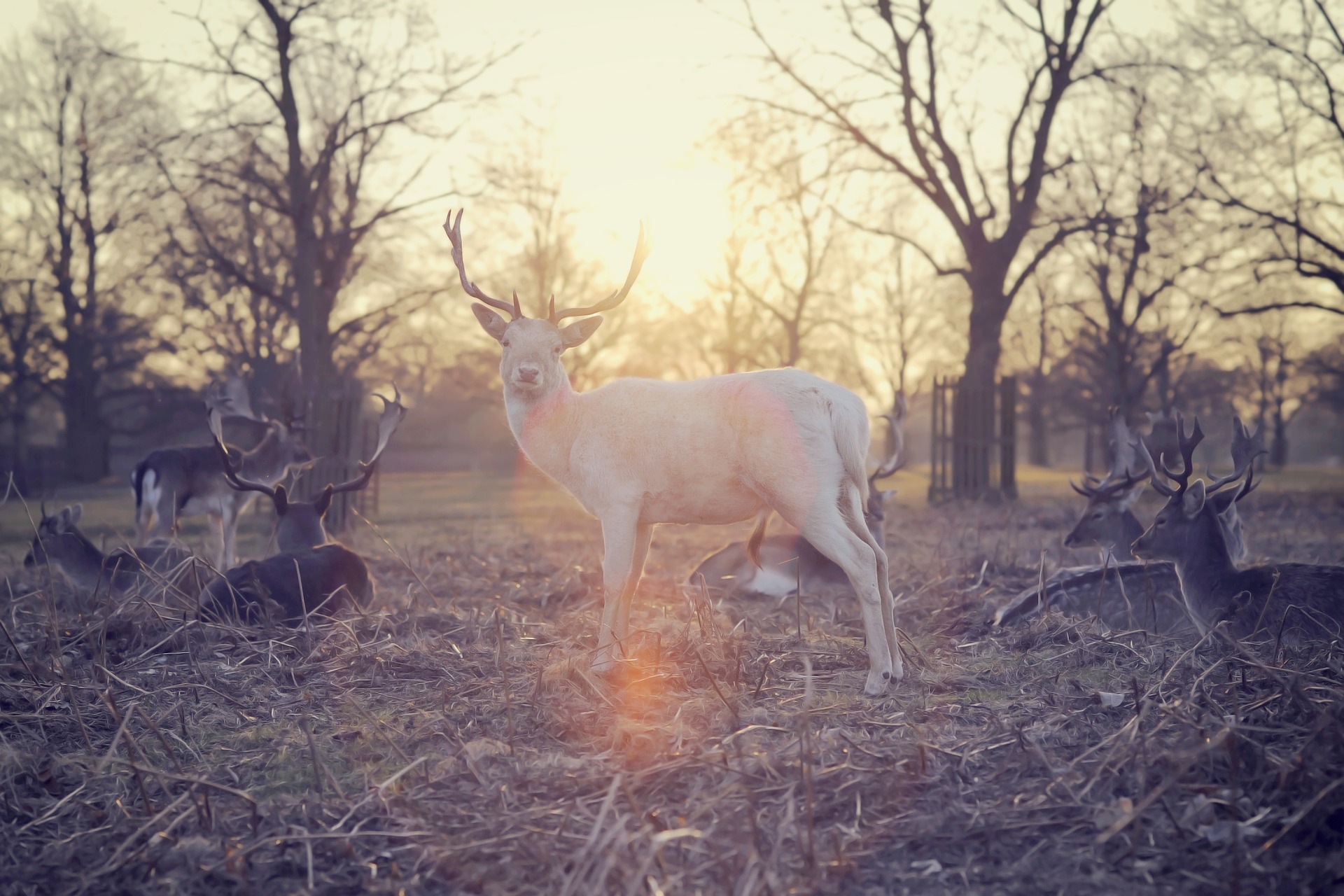 What is the White Stag in Relation to Arran Whisky?

The White Stag shares a history specifically with the Isle of Arran and the residents themselves.

As an island, Arran has a huge deer population. Tourists can be treated to watching them roam freely, without much fear! In fact, our very local Lochranza Bay acts as home to hundreds, much to the delight of our distillery visitors!

Locally, the white stag is a very good omen - and considered to bring good luck to those who spot one.

Throughout history, there have been numerous reports of white stag sightings across the island, dating back as far as the 1970s. The most recent sighting of a white stag on Arran was reported just last month. Prior to this report, the last white stag had been spotted in 2011 - a very rare occurrence indeed!

Our whisky community is named White Stag for a number of reasons:

The stag’s association with the island. The rare opportunities that our members club presents - such as exclusive whisky panel tasting or limited edition releases - a real treat!

But most importantly, the white stag, for our distillery, is a symbol of the pure island water we use to make up our golden dram.

Some may say it is out of this world.

A Beginner’s Guide to Drinking Whisky