The Relationship Between Whisky and Water

When it comes to good whisky, the last thing you’d want to do is ruin it by adding something else into the mix! Is adding water to whisky really necessary to release more flavour? Let’s take a look at the science!

Why would you add water to whisky?

Water is incredibly important in the whisky making process - it’s the foundation of a great dram. The purer the water, the better the dram. However, once your whisky has been distilled, bottled, and subsequently poured into a glass for your enjoyment, you may be asked if you’d like to add water to your whisky.

Why? Adding a tiny amount of water to your whisky can help to “bring out” more flavour and aroma from your dram. Whilst some people will insist that the only way to drink whisky is straight out of the bottle, adding water to whisky has actually been scientifically proven to create a reaction that enhances the taste.

How does it work?

In 2017, Björn Karlsson and Ran Friedman of Linnaeus University in Sweden conducted a study into the dilution of whisky with water and the resulting effects. Up until this recent study, the relationship between water and whisky was poorly understood - the chemistry of whisky is considered to be very complex.

The latest study uncovered that two key molecules within whisky did indeed interact with each other to produce a different taste upon water being added. Specifically, the study looked at the relationship between ethanol (drinking alcohol) and guaiacol - a molecule which contributes to the smoky, bitter taste of whisky.

It was found that in spirits at 40% alcohol volume or above, the guaiacol and ethanol remained within the body of the liquid. But once the whisky was diluted to 25% alcohol (in other words, a very watery whisky), the guaiacol floated to the top, giving more prominence to the smoky tones both in taste and aroma. 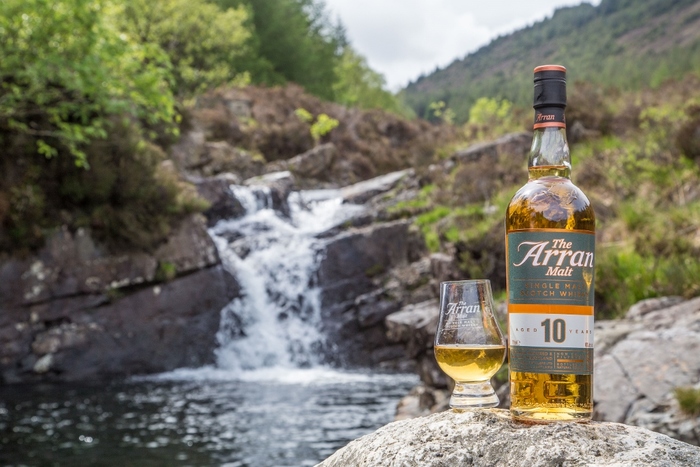 Why do some whisky drinkers avoid adding water?

Some whisky drinkers will revolt at the thought of adding water to a whisky, but really, it’s down to personal preference. There is no right or wrong way to drink whisky - if you really wanted, you could even add a mixer or drink whisky in a cocktail!

Based on the recent research by Karlsson and Friedman, the results would suggest that drinkers who find cask-strength whiskies difficult to drink (because of their strength) may benefit from adding a few drops of water to help dilute the taste of alcohol and give way to the flavours and aromas of the whisky. The key when adding water, however, is to only add a drop or two at a time - if you add too much water, then you could ruin your dram.

The advice to add water to whisky may not be necessary for everyone - some people prefer the “fire” of the whisky and welcome the stronger taste. A reasonable approach to take may be to try your whisky straight out of a new bottle and make a decision from there. If you’re introducing a person to whisky for the first time, perhaps start with adding water until they become acclimatised to tasting the notes and flavours beyond the alcoholic overtone of whisky.

What about adding ice to your whisky?

Ice may seem like a good idea to add to your whisky, particularly if you’re partial to a chilled drink, however, this will definitely change the way your whisky tastes. Unlike water which releases more flavour from your whisky, ice is known to inhibit flavours.

By bringing the physical temperature down, you take the “heat” out of the whisky. Using ice may be more suited for drinkers who find whisky overpowering. Nevertheless, using ice will blunt the subtle flavours and aromas of a whisky, so we’d always recommend choosing water to dilute your dram instead.

Is there any other way to enhance the taste of whisky?

There’s more to drinking whisky than just tasting - nosing your dram (taking in the aroma) plays a large part in your enjoyment and indirectly can influence your tasting experience. Believe it or not, the type of glass you drink your whisky from can actually have an impact on your ability to nose!

Thanks to whisky’s portrayal on television and in the movies, many people have adopted the tumbler as the vessel of choice for whisky. This is a perfect choice for enjoying a whisky casually with ice or a mixer, but it will not retain as much aroma as, say, a Glencairn glass. 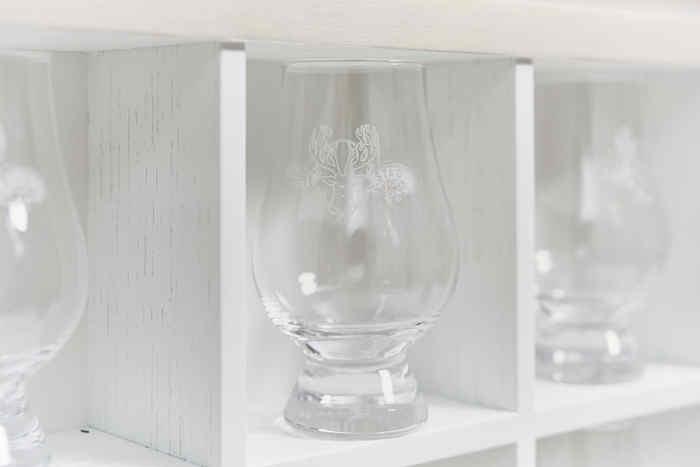 Shaped like a “tulip”, the Glencairn’s tapered opening helps to capture and concentrate the aroma of your dram, allowing you to pick up more from your whisky. If you’re planning to try a particularly nice, expensive or rare whisky, using a tumbler won’t do your dram the justice that a Glencairn would.  You’d be amazed at just how much it can enhance your overall tasting experience.

Whisky and Water - With or Without?

The whisky community is well known for being one of the most passionate and enthusiastic you could find, and whilst you will find people who swear by drinking whisky one way, how you choose to drink whisky is completely down to you!

The right way to drink whisky is whichever way feels right to you.