On Friday night, The White Stag Dinner kicked off the festivities with guests treated to a delicious three-course meal prepared by award-winning chef Scott Gilmore, accompanied by a range of whiskies, and music from well-known Scottish folk band Heron Valley. 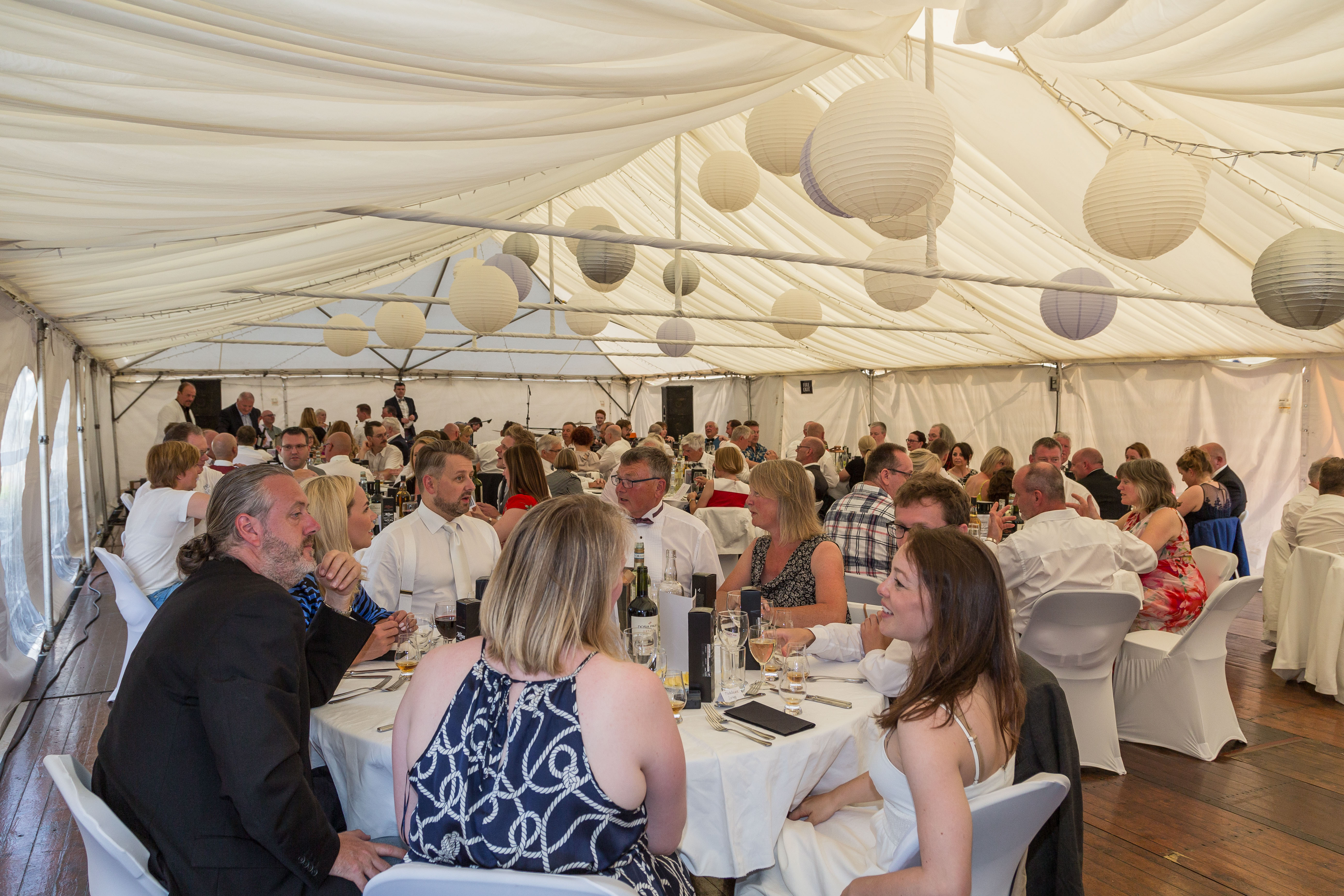 In the centre of each table sat a private cask bottled specially for The Ride to Arran 2019. This was an event which saw a group of Arran White Stag friends cycle 500 miles from Belgium to Lochranza in aid of the Belgian charity To Walk Again. The Ride to Arran bottling is available for purchase from Lochranza Distillery and from each bottle sold £5 will be donated back to the charity. 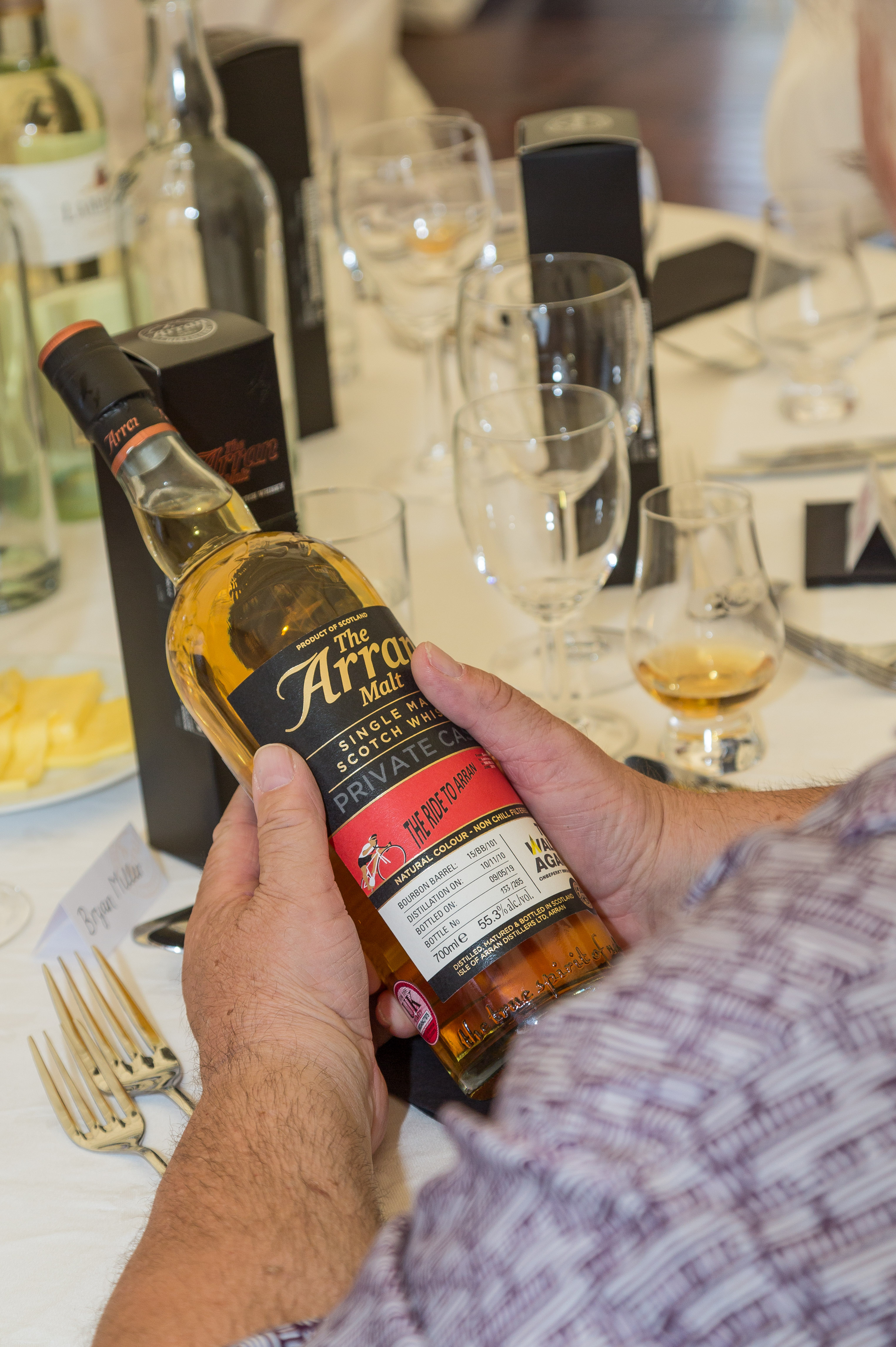 After dinner, a raffle was hosted with prizes including some special whiskies, an overnight stay at the Auchrannie, a spa voucher and a much-coveted Lagg Distillery hard hat and high vis jacket. All of the proceeds from the raffle will be donated to Strathcarn Hospice in memory of the late Christina Fowler, White Stag, mother, wife and dear friend. 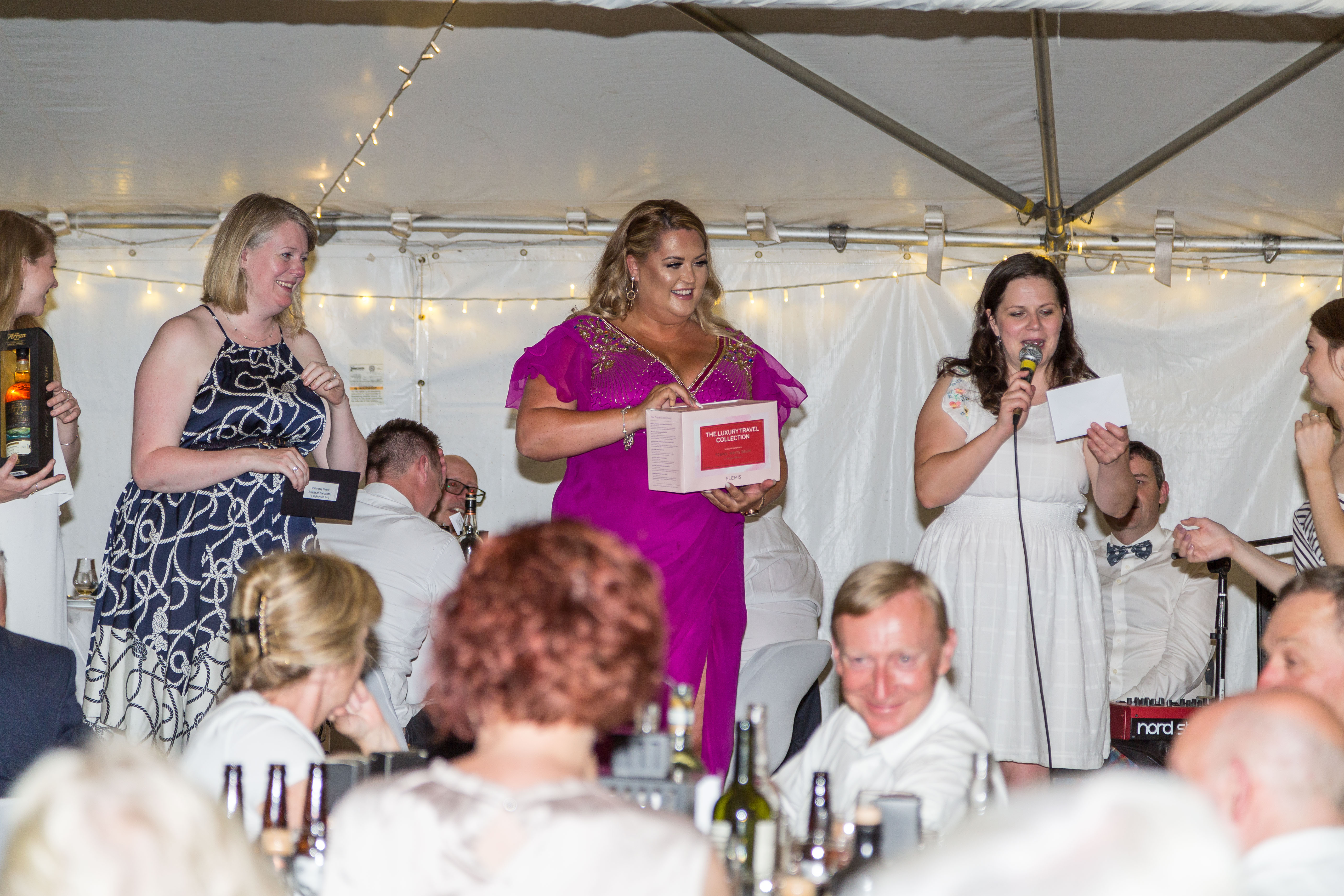 On Saturday, Lochranza Distillery hosted a selection of masterclasses, distillery tours and specially designed tastings. As well as the core range of Arran Malts, a Festival exclusive bottling and the second edition in the Harmony series were available to purchase from the visitor centre shop.

Throughout the day, special drams were available for purchase from the bar inside the marquee where guests were able to enjoy their dram whilst enjoying music by Isle of Arran Junior Pipe Band, Tim Pomeroy, Arran Takio Drummers and George Lindsay Blues Band.

Festivities continued long into the night with a ceilidh led by Heron Valley and music from the official Arran Distillery Band ‘James and the Staves’. 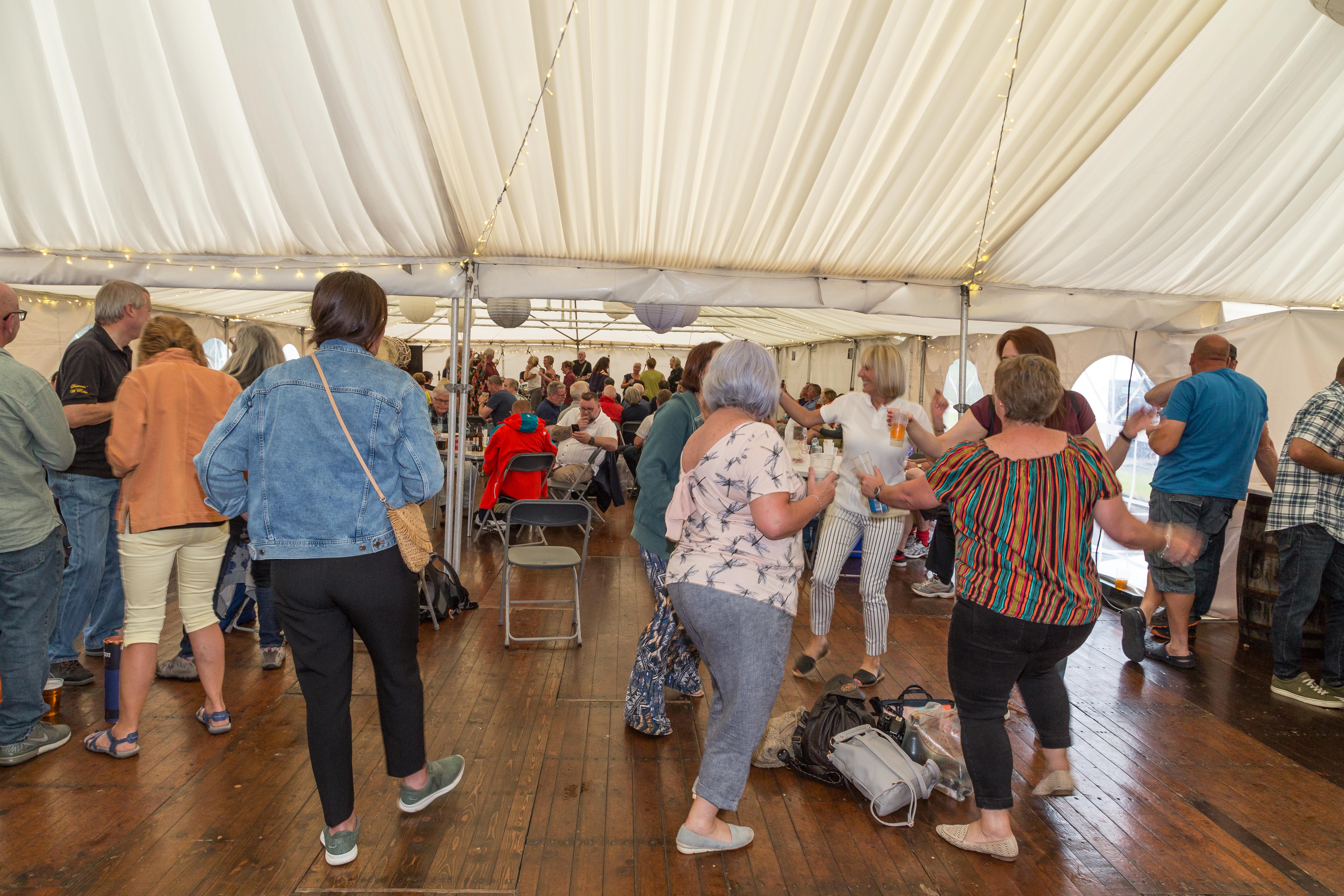 On Sunday, a new addition to the festival, the Long Lagg Lunch was hosted at the new Lagg Distillery. Guests were greeted by Visitor Experience Manager Faye Waterlow and Head of Production Graham Omand and guided around the facility and production process before taking their seats in The Sheiling Bar and Bistro. Lunch was a nod to the weekend past with all of the food-based loosely on hangover favourites: a cheesy beano, kebab and banana split. A great way to end a weekend spent amongst friends old and new enjoying music, food and above all a few good drams. 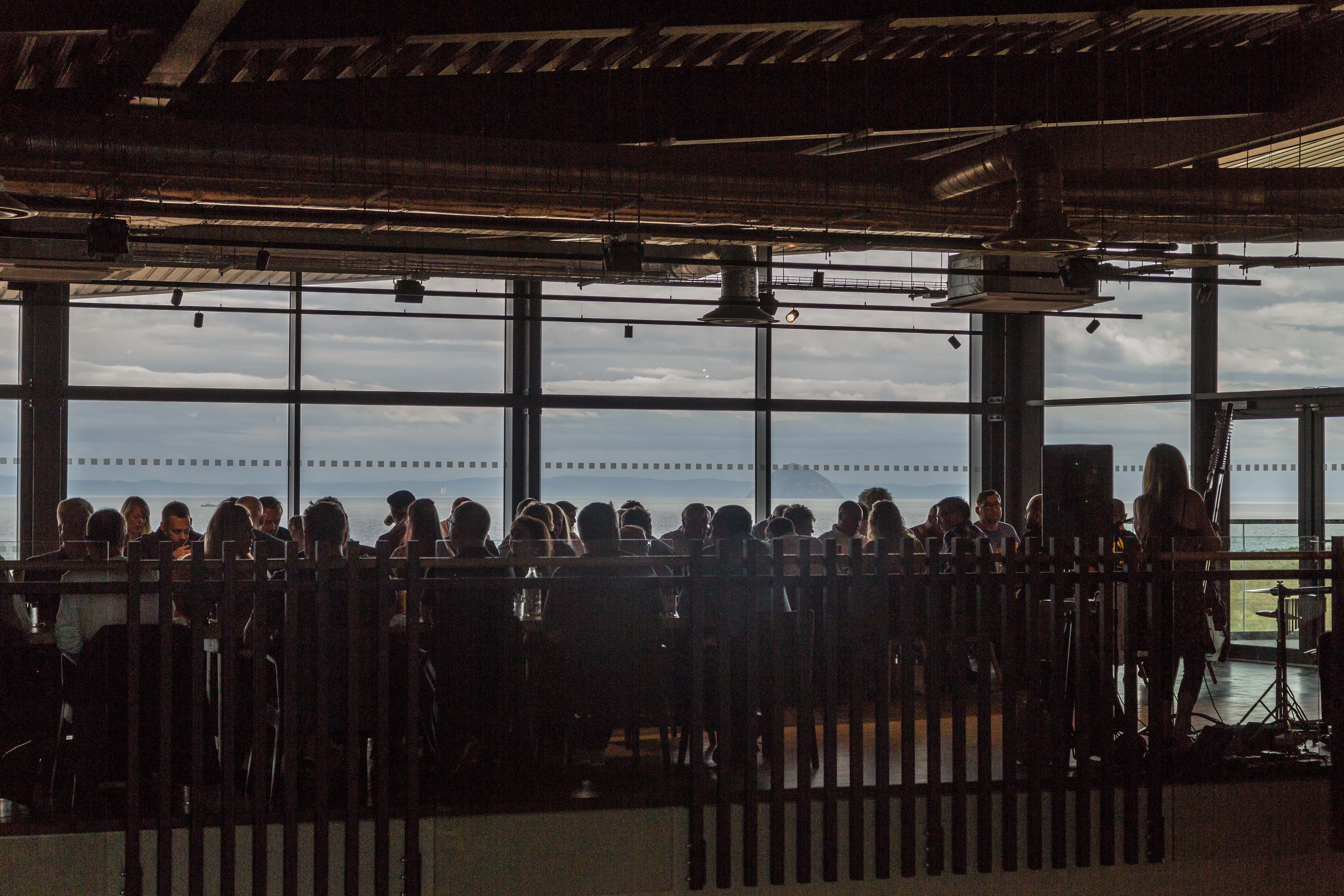 Each year, we are delighted with the amount of Arran Whisky fans who we welcome from around the world and our hearts are warmed to have caught up with old friends, met faces new and shared a dram together in good spirits. We look forward to welcoming you all again next year for our 25th-anniversary festival.